As well as being head scriptwriter on the popular ABC3 kid’s television series, “Prank Patrol Series 3”, in 2011/2012, she has also worked as a story consultant on various television shows including ABC TV’s “Bed of Roses” and the ABC TV drama series, “The Time of Our Lives”. 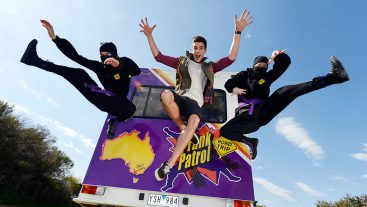